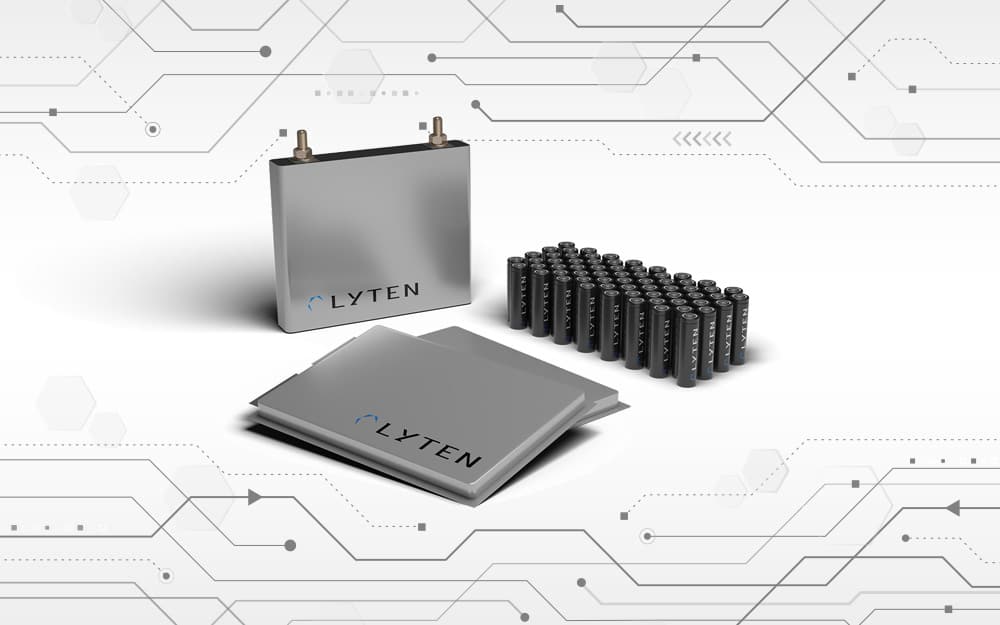 SAN JOSE, California, September 22, 2021 – Lyten, an advanced materials company, is disrupting the electric vehicle battery industry with the introduction of its LytCell EV™ lithium-sulfur (Li-S) battery platform. This latest Silicon Valley battery innovation is optimized specifically for the electric vehicle (EV) market and is designed to deliver three times (3X) the gravimetric energy density of conventional lithium-ion (Li-ion) batteries. Lyten, as it exits from stealth mode today, has worked closely with the U.S. Government for several years to test and improve LytCell™ capabilities in select defense-related applications and is now ready to introduce its battery technology platform to the electric vehicle market.

The Lyten 3D Graphene™-based Li-S architecture has the potential to achieve up to three times the gravimetric energy density of conventional lithium-ion.  Lyten Sulfur Caging™ is the technology used in LytCell™ batteries to unlock the performance potential of sulfur by arresting the ‘poly-sulfide shuttle’, a cycle-life compromising factor that has up to now prevented practical Li-S use in battery electric vehicles.  Under DOD test protocols, a LytCell™ prototype design has demonstrated greater than 1,400 cycles.

“We have begun a generational transformation from internal combustion engines to BEV’s. We’re confident that Lyten’s breakthrough battery platform will accelerate the mass consumer adoption of electric vehicle ownership due to the performance, range, and safety improvements of our LytCell EV™ batteries,” said Dan Cook, CEO and a Co-Founder of Lyten. “By also delivering the most environmentally responsible battery with a USMCA-compliant supply chain, we believe Lyten will enable automakers to more confidently execute their announced electrification roadmaps.”

Lyten’s batteries will be safer in vehicles than conventional Li-ion batteries because Li-S does not contain oxygen from metallic oxides, which is what drives thermal runaway events that have plagued many electric vehicles.

The Lyten battery platform will offer other advantages to automakers and their end users:

“Lyten battery technology will offer an enormous leap forward for the automotive industry at a pivotal time when it is aiming to rapidly reinvent the future of electrified mobility,” said Greg Deveson, President of Automotive at Lyten. “We see our LytCell EV™ batteries as a key enabler to improve EV performance and affordability.”

Lyten expects full production and market availability for ‘25-‘26 MY vehicles.

Beyond BEV’s, LytCell™ battery technology is an attractive solution for commercial vehicle, electric flight, commercial aerospace, and other applications. Lyten 3D Graphene™ technology has also been embedded in advanced sensors in addition to thermoplastic composites for vehicle light-weighting and strengthening applications.

Lyten is an advanced materials company developing a revolutionary lithium-sulfur battery technology for use in a variety of applications in the automotive, aerospace, defense, and many other markets. Lyten 3D Graphene™ is the advanced material that enables lithium-sulfur batteries to improve the range and safety of electric vehicles, while also achieving a lower carbon footprint than other EV batteries.  Lyten holds more than 260 issued or pending patents on covering technologies.  Founded in 2015, the privately held company is based in San Jose, California. Visit www.lyten.com for more information.