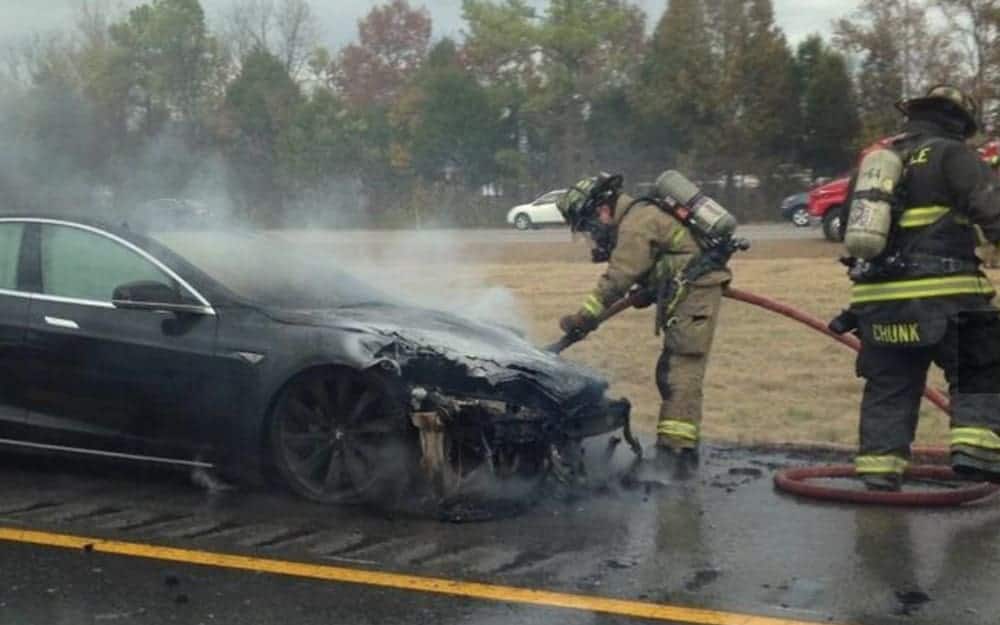 As many have seen in the news, there have been increasing reports of EV battery and Energy Storage System fires caused by thermal runaway.  These fires have led to vehicle and property destruction, injuries, and major EV recalls in the US, Europe, and Asia.  One example is Hyundai’s $900M recall of its Kona EV’s earlier this year.  There have also been various reports of Tesla cars catching fire due to battery problems.  Battery problems extend to the Energy Storage System (ESS) segment as well – e.g. it was reported in July that Tesla’s 450 MWh Megapack project in Victoria, Australia had caught fire, ultimately requiring 7 days and 150 firefighters to put out.

What Makes These Fires So Troubling?

While Tesla has rightly pointed out that car fires are far more common in ICE vehicles than EV’s, certain aspects of EV fires raise unusual concerns.  First, some of these battery fires occur spontaneously while the car is parked, turned off, and not being charged.  Second, the resulting fires are chemically driven and nearly impossible to extinguish.  Third, these fires are very hot (~800 deg C), and they can easily ignite whatever is nearby (i.e. the rest of the vehicle, surrounding structures, etc.).  Fourth, it is very difficult to detect faulty cells before they experience thermal runaway.  EV batteries often fail due to internal short-circuits, but those short-circuits only occur in a small subset of cells, roughly one in 10 million according to one study, and not right away.  It’s worth noting that failure of a single cell can lead to failure of the entire module through thermal propagation, and the current battery designs are not tolerant to this failure.  And while one in 10 million may sound like good odds, keep in mind that on average, Teslas contain ~4000 cells. When multiplied by the 500K Teslas shipped in 2020, that equates to 200 Teslas with faulty cells. 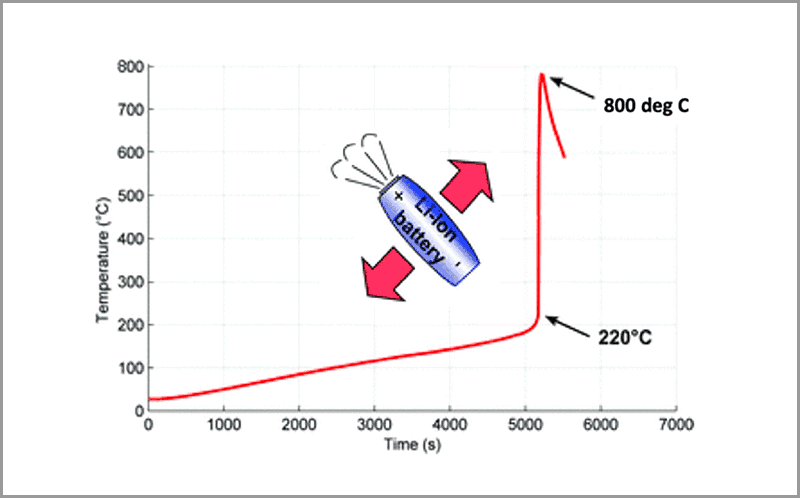 Lyten’s batteries are safer for two reasons:  first, damaged cells generate only moderate heat, and they do so more slowly (in minutes vs. seconds), partly due to the insulating nature of dissolved polysulfides.  In a recent nail penetration test, the Lyten cell remained under 30 deg C and did not combust.  Second, Lyten’s cathode contains no metal oxides – only graphene and sulfur.  So unlike NMC-based cells, there are no oxides generating oxygen to accelerate combustion.  Additionally, in the recent overcharge tests, Lyten Li-S cells have shown impressive resilience with only minimal temperature rise and without any fire or explosion, unlike Li-ion cells.  The bottom line:  Lyten’s Li-S batteries have a very low propensity for thermal runaway and very low likelihood of thermal propagation in a battery.  The Li-S chemistry behaves in a completely different (and safer) way in a failing cell. 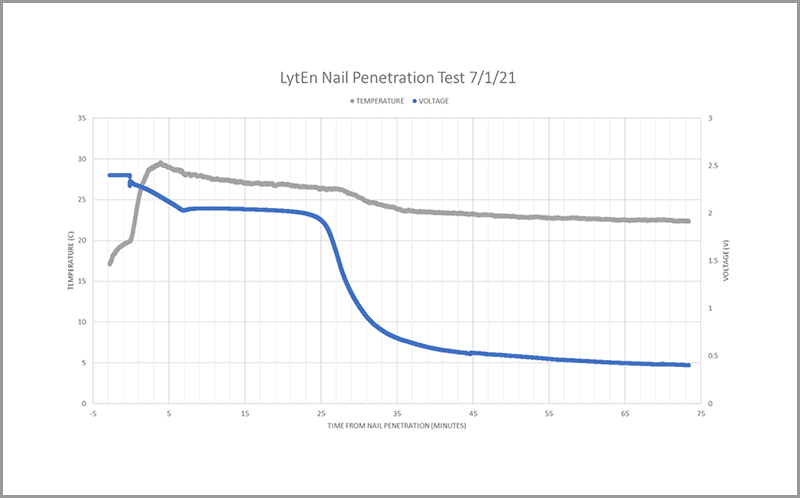 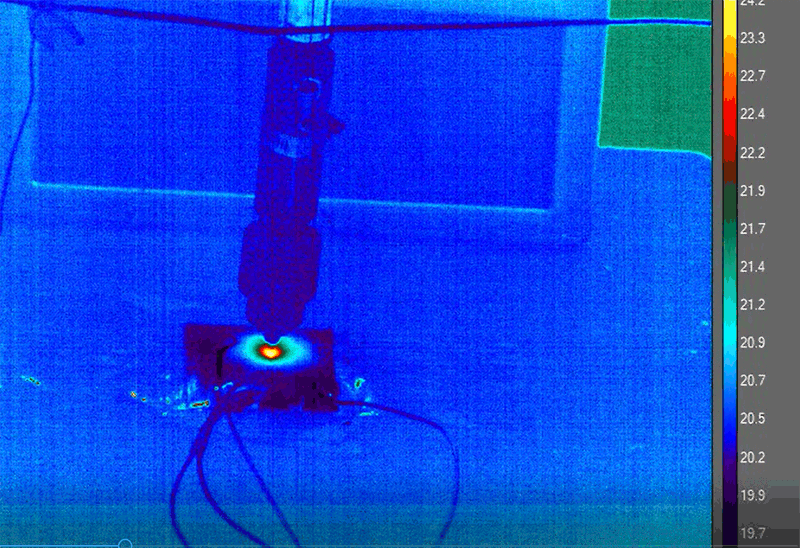 Explaining What Happens When Cell Failure Leads to Thermal Runaway

Failures of traditional NMC-based batteries typically result from manufacturing defects (e.g. poor separator alignment), physical abuse (e.g. crushing, piercing, overheating), or electrical abuse (e.g. overcharging).  These defects or abuse can lead to an internal short – an area within the cell where the separator fails and the cathode and anode make contact.  This begins the cascading failure cycle known as thermal runaway.  The short-circuit produces localized heat and pressure, which causes broader breakdown of the separator and massive cathode / anode contact.  The electrolyte vaporizes, ruptures the cell wall, and vents as gas.  Finally, the remaining cell materials ignite, and the resulting chemical fire drives the release of oxygen from the cathode’s metal oxides (cobalt, nickel and manganese), which feeds the fire until the oxides are consumed.  Adjacent cells may become hot enough to enter thermal runaway as well, potentially engulfing the entire battery pack.  As mentioned previously, these fires are very hot (~800 deg C), nearly impossible to extinguish, and can burn for hours or even days depending on the number and size of the cells affected.

NMC-based battery manufacturers are working on various approaches to mitigate the risk.  Some are working to improve the durability and reliability of the separator.  Others are shifting battery production to LFP-based cells, since LFP is less prone to thermal runaway.  Battery pack and BMS developers are also taking mitigation steps, such as increasing the firewalling around the cells and improving the BMS’s ability to monitor and cool cells though active cooling.  While each of these approaches can help reduce the possibility of thermal runaway, none of them eliminate the possibility.

An Additional Advantage of Safer Batteries

An additional safety advantage of Lyten’s batteries is the ability to ship them at a very low state of charge (1.8V or less).  At this low state of charge, the cells have no electrical energy to generate heat or fire, even if damaged during shipment.  This is in contrast to NMC-based batteries, which require at least a 30% state of charge (3.4V) to avoid internal damage.  As a result, NMC-based batteries are at risk of combustion during transport, causing the US to ban Li-ion battery cargo on passenger planes. 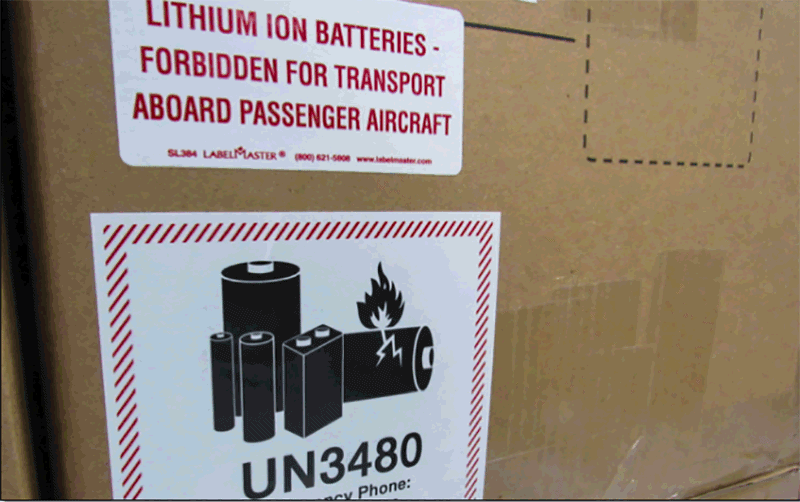